Which Material Of Jaw Plates Suit For Crushing Copper Mine? 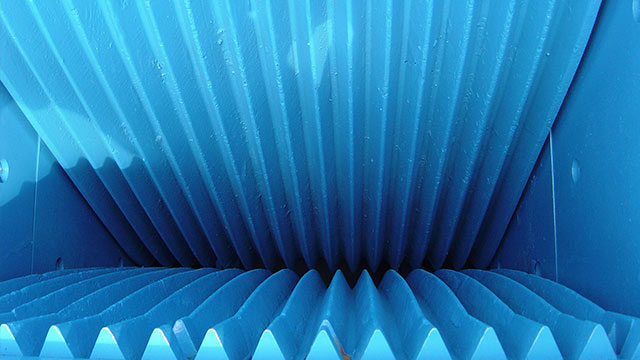 Some of our customers use a jaw crusher to crush copper mine, however, they find the original jaw plates do not have a good span life. After change many foundries products, they still also do not find the right results. H&G Machinery has some customers to crusher copper mine, our engineer has had found the right answer.

The aggregate of cuprite is a dense block, granular, or soil. The fresh face is magenta, and the luster is a diamond luster or semi-metallic luster. When exposed to the air for a long time, it is dark red and the gloss is dull, and the streaks are brownish-red. The port is shell-shaped or irregular. The Mohs hardness is 3.5～4.0, and the specific gravity is 6.14. Sometimes it can be used as a gem, but it is fragile. Cuprite is a red oxide mineral, it is relatively soft but heavy. Generally, it is gradually formed by weathering copper sulfide. The minerals thus formed are called secondary minerals. The copper content of cuprite is as high as 88.8%, which is an important copper ore mineral. But because of its small distribution, it can only be counted as a secondary copper ore in terms of utilization. The bright crystal-like cuprite is very beautiful, and the bright red color emits diamond-like luster. But if they are exposed to the air for a long time, they will become dim and become dark red. Some cuprites are granular or earthy. Some red copper mines become loosely intertwined when crystals are formed. This is called red copper mines, which are rare variants of red copper mines. The chalcopyrite is in the shape of a cube or octahedron or a polyhedron in the shape of a dodecahedron. When growing in the direction of the cube edge, it will form a hairy shape or interweave into a plush shape, known as hairy chalcopyrite. The aggregate is dense, granular, or soil. A fresh face is a magenta, diamond, or semi-metallic luster. Hematite usually coexists with natural copper, malachite, azurite, limonite, etc. and is produced in the oxidation zone of copper deposits.

Chalcopyrite is a copper iron sulfide mineral. Often contains traces of gold and silver. The crystals are relatively rare and are tetrahedral, with irregular granular and dense massive aggregates, as well as kidney-like and grape-like aggregates. Bronze yellow, often dark yellow or speckled color. The streak is slightly greenish-black. Chalcopyrite is a relatively common copper mineral that can be formed in different environments, but is mainly the product of hydrothermal action and contact metasomatism, and can often form a deposit of a certain scale. The production areas are all over the world. In industry, it is the main raw material for copper smelting. In the field of gemology, it is rarely used alone, occasionally used as a substitute for pyrite. In addition, it often participates in the formation of some colored stones, inkstones, and jade. Cu 34.56%, Fe 30.52%, S 34.92%. Usually contains a mixture (mostly mechanical mixture) Ag, Au, Tl, Se, Te; sometimes Ge, Ga, In, Sn, Ni, Ti, Pt, and so on. The content of associated beneficial elements in chalcopyrite varies with the genetic type, metallogenic temperature, and metallogenic stage.

Here are also some other kinds of the copper mine, such as Azurite mine, Malachite mine, Chalcocite mine…

On the other hand, we also suggest Chile customer to test our TIC insert jaw plate. We believe it can be 2-3 times than normal manganese parts.